Clearing Garbage From Your Home

Sloppy Syringe Disposal Side-Effects: Why You Should Always be Sensible when Disposing of Syringes

Whether you regularly use syringes to administer medication to your pets, your patients, or yourself, it is important that you dispose of used syringes in a responsible manner. Never place used syringes in the same location as your regular waste, and never flush syringes down the toilet. Even if you are sure that there is no risk of HIV (human immunodeficiency virus), HBV (hepatitis B), or HCV (hepatitis C), or other harmful viruses being transferred, syringes should always be placed into a "sharps" container.

By not disposing of your syringes responsibly, you are putting other people and animals at risk of the following issues.

Rubbish Collectors Could be Injured

When you throw syringes in with your general waste, you risk injuring your local rubbish collectors. While the injuries sustained may not be severe, the consequences are more than just physical.

Imagine picking up a rubbish bag only to be stabbed by a syringe, not once or twice, but several times. While the physical pain is negligible, the mental trauma is not. While a person waits for the results of their blood test to determine whether or not they have been infected, which could take weeks, they will suffer considerable mental trauma.

Syringes Dumped in Toilets End up on Beaches

In the US, 7.8 billion needles are discarded each year. Some of these syringes, however, are dumped down toilets and forgotten. Not only does this put sewage facility workers at risk of being injured, but it also puts beach goers at risk of injury too.

Older sewage systems, such as those built in the 19th century, cannot handle storm water and sewage at the same time. During heavy rainfall, this means that raw sewage along with the items flushed down toilets, like syringes, ends up in the sea. Not only is this unsightly and harmful to the environment, but beach goers are at risk of being stabbed by the discarded syringes.

Dumped Syringes Add to the Growing Sea of Plastic Waste

Those syringes that don't end up on beaches are carried out to sea. Some end up on ocean floors causing unknown damage to the environment. Others end up in the stomachs of sea birds, or even in the huge floating pile of rubbish that exists in the Pacific Ocean between Japan and Hawaii.

Use a Sharps Disposal Container

Dispose of your syringes sensibly. You can purchase sharps containers at local pharmacies, online, or even receive one for free from several health organisations such as HUMIRA. When your container is full either use a local waste collection service to pick up the used syringes, or take them to a local hazardous waste facility for safe disposal. While you may be charged a fee for this, it is worth it when you consider the risks of unsafe disposal practices.

If you do not currently have a sharps container, use a sturdy detergent container with a lid in the meantime. But be sure to label the container clearly. Labels can be bought online, or you can write your own. Remember, disposable syringes are dangerous and should be treated as such. 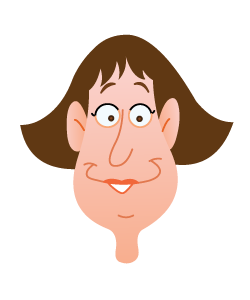 Howdy, my name is Lisa and this is my new blog. Last year, I decided to have a massive clear out. It took some time but I empty all of the junk from my basement. I had been putting stuff into my basement for the past 20 years, but I haven't been taking things out. When I went down there, I was shocked to find that I couldn't even open the door when I tried to get down there. Once I had gained access and sorted through some of the things I decided to call in a garbage removal company to help me get rid of this stuff. They were great and even provided a skip. I decide to start this blog to help others who need to clear their own homes.